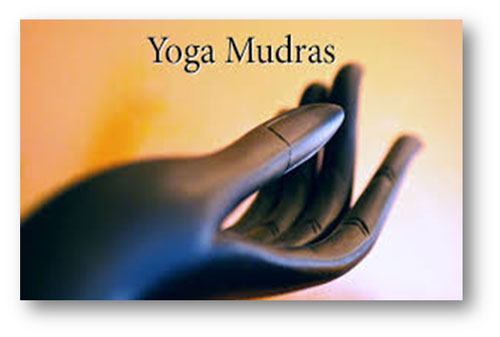 July 6, 2020 No Comments By ayusvinod Blog Introduction to Mudras, Yoga Mudra's All Its Benefits

Yoga Mudra’s And All Its Benefits How To Use

Across the spectrum of creation, sentient beings use their bodies to express and communicate their state of consciousness.A litle worm will curl up if it senses danger.this subtle aspect of human nature was explored by the yogis of India. They reached deep into the art of gesticulation, and developed it to the level where they could alter the states of body and mind by simply modifying the way they held their hands.

Conversely, when they entered altered states of consciousness,their body would respond with corresponding gestures.These gestures were called Mudra.Mudras are powerful transformative practices that can alter the mood, attitude and perception, and deepen the awareness and concentration. They also have a strong therapeutic effect, and particular mudras are prescribed to alleviate debilitating conditions of the body. At another level mudras awaken and sublimate energy, and act as a bridge to higher states of mind and consciousness.Mudras are used throughout the various stages of meditation to guide the awareness inwards. They are usedto cultivate the first stage of meditation,where connection to the outer world is withdrawn and awareness of the inner world develops.

Yoga Mudra’s All Its Benefits

The second stage of meditation one pointed awareness,is achieved through the regular practice of mudra.Over time, the mind is trained to remain one.pointed on the focal point of the mudra. When one pointedness is maintained, through sustained effort, the experience transforms into meditation. This inner process does not occur unless there is constant and steady practice.so that one becomes established in the state of mudra.Mudras, just like mantra and yantra, were realized by ancient yogis in states of deep meditation. While the yogis were in union with the higher mind, their bodies adopted particular poses that correlated to their states of consciousness.Mudras are often considered a part of other yogic practices However, the science of mudra is vast and complete within itself, every mudra being an exact and significant yogic tool. There are countless mudras that bring about changes and improvements in the body, influence the glands and hormonal secretions,harmonize pranic imbalance and calm the agitation
of the mind. In doing so many physical and mental diseases are alleviated.

On a more subtle level, mudras can develop specific internal and external dispositions, thereby assisting the sadaka to experience altered states of consciousness.Through the regular practice of mudra, the subtle powers that lie dormant within can be cultivated. The highest aim of mudra practice is to awaken the cosmic.energy and help to unite the individual consciousness with the cosmic consciousness. Devotion, energy, light and knowledge can all be achieved by deepening the experience of Mudras.

This site uses Akismet to reduce spam. Learn how your comment data is processed.